Everything has a story.

Whether it’s the special features on the DVD of the movie that almost didn’t get made, or the heartwarming tale of the family that pulled together in a tough time. Not to be overshadowed by the salmon that got that really surprised look on his face when he jumped up his fourth waterfall straight to the waiting jaws of a suddenly happy grizzly bear.

Everywhere you look in life you find stories, you literally cannot escape them. When the astronauts for the first moon landing in the lunar mountains were preparing for their mission they had to develop an extensive working knowledge of geology. The professor selected to teach them what they needed to know took them on a hike through twisted rock canyons and pointed at the walls, telling them that these walls told an epic story of movement, battles won and lost, origins and fates, all in a language they would soon learn.

Our story might not take you to the moon and back, but it will involve choices, chances, and challenge.

In 1969 a girl named Michelle Morris answered an altar call in Springhill, Louisiana to accept Jesus Christ into her heart at the urging of an enthusiastic mother. Little did she know that in a scant five years a man named John Grunewald would do the same in the privacy of his bedroom after the persistent efforts of his friends to share the same lord across the country in Colorado.

Fast forwarding a few years found them together in Tulsa, Oklahoma, attending Rhema Bible Training Center. In May of 1980 they graduated, in October they married. Though the next few years may not have stood out exceptionally, time spent working and preparing is never wasted.

Seven years later saw their son Zack born, two weeks past his due date (which would serve as an accurate forecast for his future sense of timing). A scant two years after that an unlikely ballot cast in an unlikely town meant a move north to Terre Haute, Indiana to pastor a church. Through four years of hard work and the establishment of lifelong friendships John and Michelle never forgot a tug in their hearts that had started in Bible school, to somehow aid in the furthering of the Gospel in Europe.

It was 1993 when that tug became a move across the sea to start a Bible school in Heidelberg, Germany.

Stories are often incomplete without miracles, and on the list of minor miracles in this particular tale would have to be fitting an entire household of goods into a shipping container when only given two hours by the moving company. Try and ask a missionary about the miracles they remember most in their travels and you will probably hear some amazing tales of healing and salvation, but what you will definitely hear is about the time the family found the only Hershey’s chocolate bar in 200 miles of jungle.

Heidelberg being the home of 30,000 Americans due to the presence of the military made it an interesting place to first become acquainted with a new home. It was only a few years later in 1996 that another boy to bear the Grunewald name was born named Spencer, somewhat more expediently than his older brother.

Just two years later and the newest and last addition to the family came along, when Gabi was born in 1998, at an auspicious time it seemed as a move was coming soon.

The opportunity arose to move a few hours away to the city of Bonn, which had been the temporary capital of Germany for half a century. This would be an appropriately international location for the start of Rhema Bible Training Center, and Church in Germany.

Life, with a certain sense of repetition it seems, saw Rhema Bible Church established in May, and the school in October of 1999.

In the years following since that time, an incredible blossoming of potential has opened up in Europe, Africa and the Middle East for the fulfillment of the Great Commission from this starting point.

A diverse but well seasoned and committed team leads the multifaceted effort spreading effective teaching in the truth of the Gospel throughout Europe and abroad. Under John and Michelle’s leadership, timeless teaching has found channels that have proven themselves to work effectively. With the growth of many bible school classes aimed at recombination of the same amount of class time into a schedule that fits a more European, African, other culture sensibility and lifestyle the most productive methods for communicating truth have been consistently applied.

The students, like the Grunewalds, have a story. So do you.

It was 19 years from a graduating class in Oklahoma to an inaugural class in Germany, sometimes stories take a while to be told, but they are all the more powerful for their conclusions.

Where is your story taking you?

Share your story with us, and please write yourself into ours, help us make this a story with an ending that lets you walk out of the theater, feeling like a winner. 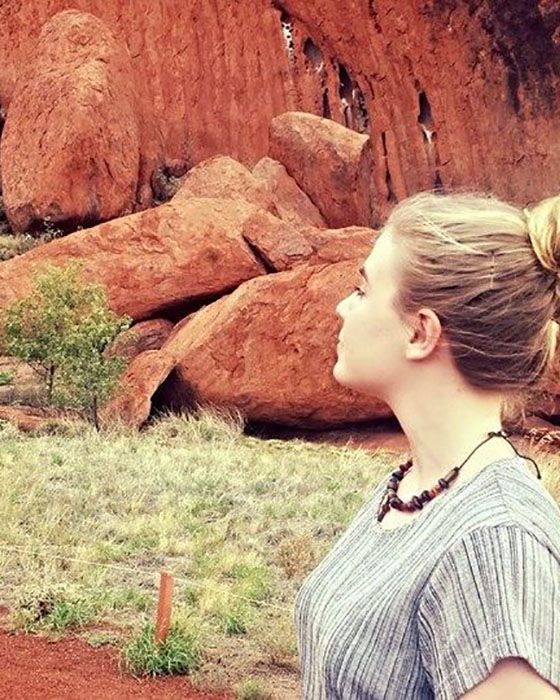 How the Message of Faith Reached Me in Outback Australia

See What God is Doing